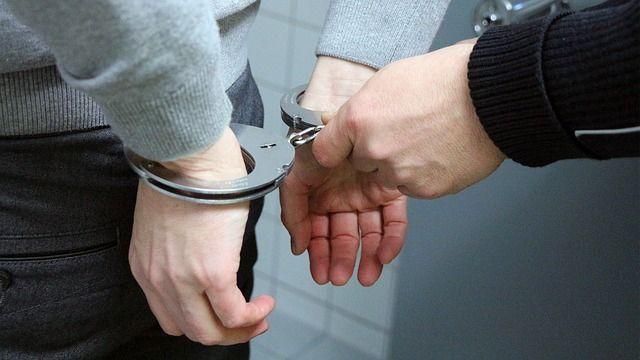 WHAT TO DO IF YOU’RE ARRESTED IN MASSACHUSETTS

Being arrested is usually a terrifying, overwhelming experience as you suddenly find yourself in a situation over which you have absolutely no control. Not only that, but it can result in extreme consequences to your life potentially including incarceration; loss of a job or entire career; loss of housing; loss of licenses; loss of relationships or family; great expenses; and damage to one’s reputation and standing in the community.

An arrest itself, though, might not be the end of the world as most of the serious consequences happen if you are eventually actually found guilty, convicted and then receive a criminal record. An arrest merely means that you are a person accused and does not mean you have been found to have done anything wrong. People who are completely and factually innocent get accused more often than you’d think, so no stigma should attach to an arrest. It is the potential conviction down the line that is a greater problem.

In order to charge someone with a crime, an arrest doe not necessarily have to take place. Sometimes, if the offense is minor, the police will tell you that you will eventually be receiving a summons in the mail ordering you to appear in court. If arrested, however, you will be handcuffed, read your rights, placed in a police vehicle, and transported to the police station.

Do Not Make a Statement to the Police

The first thing you need to know is not to speak to the police. People think that they can talk their way out of the arrest. That almost never happens. It is unlikely anything you say can prevent the charges once the allegations are made. The police’s goal is usually to get your statement so that it can eventually be used against you. They will write it down and then hand it off to the prosecutors at the court. The police officer can rarely make any deals with an accused person. The government person who might be able to make a deal with you way down the line during the court process would be a prosecutor.

It is generally not advisable to speak with the police even if you are genuinely innocent. For example, if you are truly upset and a bit confused what is going on, if you make the slightest innocent error or slip of the tongue in what you say, it will definitely be used against you. You can get charged with some form of obstruction of justice such as making a false statement to a police officer or, although it may not make sense to you, such false statements here in Massachusetts can trigger the witness intimidation statutes even though innocent errors in your statement do not seem to have anything to do with intimidation. Your protestations that you made a mistake in the heat of the moment under pressure might not likely be believed.

Sometimes those who are arrested don’t realize that they are giving valuable information against themselves or even accidentally confessing. For example, if you are being accused of drunk driving and the police officer asks you how many you had to drink, you might think you are helping yourself by saying, “Only a couple.” You might not realize that, even if that is not proof positive that you were driving under the influence of alcohol which is the crime, it is helpful to the police that at least you just confessed to drinking and driving. Or a person may be accused of a drug transaction thinks he is helping himself by blurting out, “I didn’t sell any drugs or make any money. I simply gave some to some friends for no money.” They don’t realize that the crime they are being accused of is drug distribution, not drug selling. So, even if they never made a dime of profit, they are still confessing to the distribution charge.

A police officer might attempt to cajole a statement out of you by saying something like, “If you won’t talk to us, that must mean you’re guilty. If you were innocent and didn’t do anything, you would talk to us.” That is simply not true. You can reply that you wish to exercise your right to speak with an attorney first which even a truly innocent person would be advised to do.

Read more about what happens when you are arrested in Massachusetts in our other piece in this arrest blog post series.